Surrogacy and the Law

The legal world has been struggling to keep up with rapid developments in the area of Assisted Reproduction Technology since the 1980s, when Surrogates were first used to carry Intended Parents’ children. Early legal disputes for custody arose especially because the Surrogate’s egg was used to create the embryo (Traditional Surrogacy), thus creating a bond between the Surrogate and the child. (The parents eventually received custody in these cases.) Gestational Surrogacy, however, uses either the parents’ egg and sperm, the husband’s sperm with a donated egg, or the woman’s egg with donated sperm. The Gestational Surrogate, who has the fertilized embryo implanted into her uterus, therefore, has no biological link to the baby. Gestational Surrogates are paid, whereas Altruistic Surrogates (who may or may not donate their own eggs) carry a child for a friend or family member without receiving payment.

A federal law addressing surrogacy in all its forms has never been proposed, and US State laws are inconsistent, confusing, and, sometimes, totally nonexistent. Some states ban all surrogacy; New York allows only altruistic (non-paid) surrogacy; some permit it only for traditionally married couples; a fair number have no laws, but allow court jurisdiction over surrogacy cases; a few grant all types of surrogacy, including Gestational Surrogacy (a paid carrier of an embryo created without her egg) and for all people, including singles or homosexual couples. Potential Intended Parents or Surrogates should check the laws for surrogacy in their state of residence.

However, there are no residency requirements for Surrogates or Intended Parents in the state of California, one of the most progressive surrogacy states. Omega Family Global prepares pre-birth parentage orders (i.e., court order assigning legal parentage status to the Intended Parents prior to the birth of the child) that become effective at birth. Although legal issues may produce roadblocks in other states, OFG’s professional staff provide guidance for every legal issue--as well as for any medical, psychological, financial, emotional, social, or safety concerns.

A Columbia Law School report on surrogacy comments, “. . . [T]he legislative trend—if there is one at all—is toward legalizing surrogacy where it is illegal or providing a statutory framework where the industry operates without legal regulation.” Those interested in the details of the June 2016 report can click on the word "report" above. 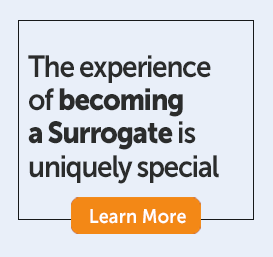 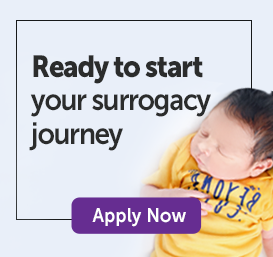 Helping Those Who Face Infertility

Mr. Gaston and Dr. Kramer are both members of the American Society of Reproductive Medicine and the Society for Ethics in Egg Donation and Surrogacy